Yea! WE Won A Graffiti Battle Between The City Of Las Vegas And Nevada Power 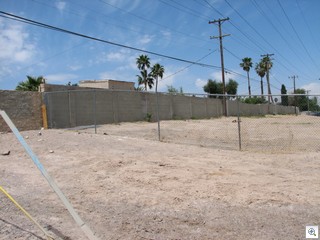 There’s a major power easement that runs north and south clear thru the valley. It’s called the Spencer Easement. It cuts thru the downtown historic neighborhoods, francisco park, Paradise Palms, and keeps going to Flamingo, where it ducks underground.

Some parts of it are wide open, such as in the island down the middle of Spencer Ave. in Paradise Palms. Some of it is fenced in, and locked off to everyone EXCEPT THE GRAFFITI VANDALS.

It’s the locked off part that’s the problem.

Neighborhood services says that Nevada Power has to clean up the mess. Nevada Power says that the back of the block walls inside their fence is the responsibility of the homeowners, or the city. The City says they can’t get into the fences because NP has them locked off. BLAH BLAH BLAH.

I’ve got calls in today to find out who finally cleaned up the MASSIVE amount of Graffiti. Did the city actually work together with Nevada Power? I’d like to think so. Did the city do the job? Nevada Power?  It’s my most fervent hope is that it’s the combined effort or pressure from all of them that got the job done. 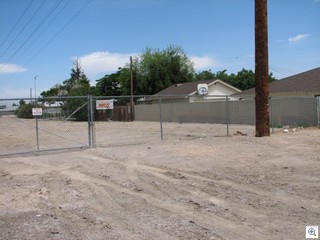 Ironically, however, they did, manage to miss the single tag on the “NO TRESSPASSING” sign on the fence. Click on the picture to see it blown up.

I’ll live with that one for the moment.

IF YOU SEE GRAFFITI, please report it immediately to the city or the county. They’ll take care of it quickly, unless it involves politically try to pass the buck.