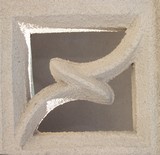 This decorative concrete block is so cute. It’s like an iceing swirl on a birthday cake.

It’s a much softer design, with rounded edges, unlike most of the previous ones we’ve studied.

I only have pictures from 2 properties, but I’m sure I’ve seen it around more than that. 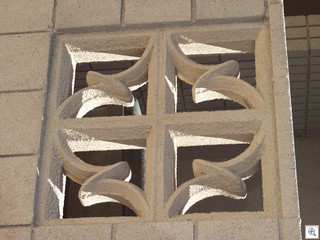 It’s a strange coincidence that in both of these cases, the blocks had been  textured over. I’ll update the post if I spot it without the texturizing.

I like the design when they’re laid 4 to a square in different directions. 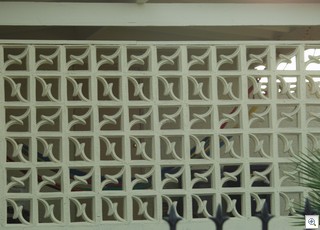 In this instance, they’re in laid out in alternating rows going in different directions and it just doesn’t strike me as being quite as appealing.

I’m sure I’ve seen a case where they all went in the same direction, but I don’t seem to have a picture of it.