I promised you that I’d do some of the patterns that are currenty available at your local big box home store. 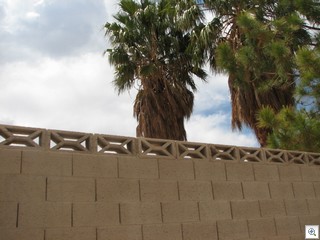 Since it’s still available, this pattern can be seen all over suburban Las Vegas as well. The idea of implanting some design into the ubiquidous canyons of block wall hasn’t gone away.

I’ve never found this one in use in any of the usual places such as downtown, Paradise Palms, McNeil, or Francisco Park. 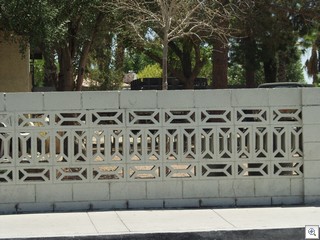 This creative mixed directional use is on Spencer, north of Flamingo next to the famous Underground House.

To the doubters who didn’t believe I could come up with about 50 different patterns (you know who you are):

Since we’re on #30, and I skipped a few days, It’s been over a month now since we started the series. Stay tuned, I’ve got plenty more!