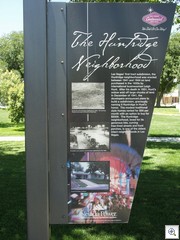 When I first introduced the subject of the pillars and posts and columns of Vintage Vegas, I asked for your help, and NO ONE has responded…YET. I joked that I was looking for interesting designs and clever adaptations, but no 4×4’s.

The huntridge neighborhood however was built with 4×4’s to hold up the carports and porch covers (real 4×4’s at that). But they were adorned with cross hatchings, and designs made out of 1×2’s on one model and 2×4 butresses on the other. 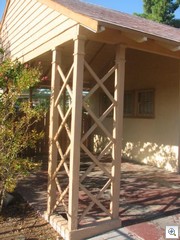 The 4×4’s have stood the test of time, but there’s very very few of the original cross pieces that have survived. One of them is shown in the bicentennial banner in the (unfortunately closed) Huntridge Circle Park. The next few pictures are some of the few remaining original columns that I’ve been able to find. 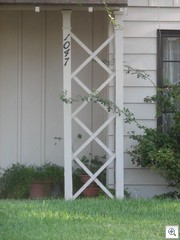 If you’re the owner or future owner of one of the Huntridge Homes, then I’d love to see you recreate some of the post designs that adorned the front porches. Please feel free to use these remaining originals as a guide. 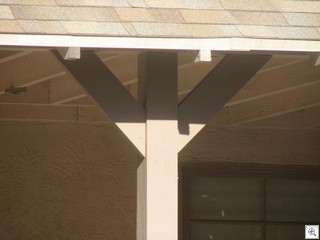 I’ve been studying the post and beam construction of the Huntridge Cottages (or are they bungalows?). Every piece of wood was hand cut. Every nail was driven by a hammer. The walls were hand plastered. The cabinets were stick built on location. The flooring was wood parquet. The bathtubs were square and the surviving tubs are highly sought after today. 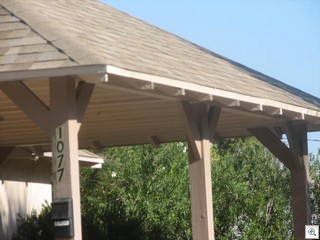 They were built between 1941 and 1944 to provide fast inexpensive housing the the soldiers and airmen that were being stationed at the new Army Air Station, which was being built out in the desert far to the NW of a little railroad stop called Las Vegas. It’s  now called Nellis AFB. Las Vegas’s population in 1940 was 16,414 according to the census. There were about 900 of them built on both sides of Maryland Parkway and they became the first subdivision in Las Vegas. 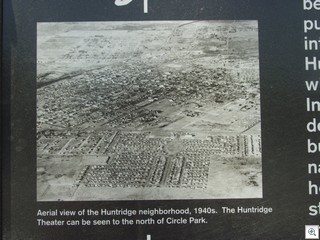 Here’s the rest of the pictures from the Bicentenniel Banner:

Take a moment and click on any of the pictures and you’ll have as much fun as I do looking at them in full screen mode. 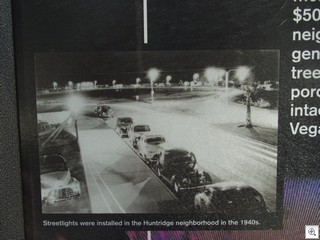