Here’s 2 months notice. It’s sure to sell out early (especially because it’s FREE). I’d love to see a huge turnout of VeryVintageVegas readers. 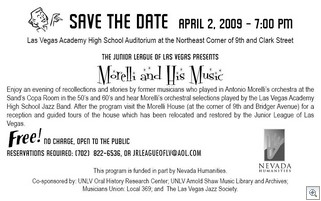 DeDee Nave and the terrific woman of the Junior League sent me an advance invitation, and asked me to invite ALL of you. VVV readers are getting to find out about this first, before it’s announced and advertised to the general public. I hope you’ll take advantage of this special opportunity.

The original owner of the house was Antonio Morelli, who built it in 1959 at the Desert Inn Country Club Estates. It was saved from demolition and now serves as the headquarters of the Junior League.

DD also sent the following, as well as a note telling me that they’re re-building the JL website page about the Morelli House.

“MORELLI AND HIS MUSIC”

A piece of mid century history will come to life when the Junior League of Las Vegas presents a public interest event entitled, “Morelli and his Music” to be held at the historical Las Vegas Academy High School Auditorium on Thursday, April 2, 2009, at 7:00 PM.

The program celebrates Antonio Morelli’s career as the former musical director for the Sand’s Hotel Copa Room in the mid 1950’s to the 1970’s when the Sand’s was considered the “Jewel of the Las Vegas Strip” and featured the top entertainers of the day. Morelli’s local impact as the founder of the first free musical pops concerts for residents and as a visionary who established the first musical scholarships at UNLV will also be covered.

Pete Barbutti, longtime Las Vegas entertainer, will emcee the program and the event will feature a panel discussion with former musicians who played in Antonio Morelli’s orchestra accentuated by musical selections from Morelli’s Copa Room repertoire played by the Las Vegas Academy High School Jazz band highlighted by solos by the veteran Morelli musicians. After the program, attendees will be invited back to the Morelli House for a reception and guided tours. The “Morelli and His Music” program event is free and open to the public, but reservations are required by contacting the Junior League office, 822-6536, or by email, [email protected]. 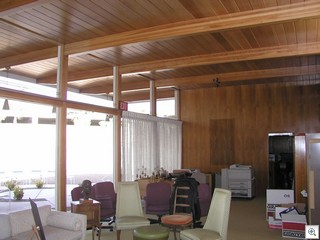 The purpose of the program is to provide the public exposure to and related education about the Junior League’s mid century preservation project, the Morelli House, and the importance of the period it represents in the growth and development of Las Vegas. The program is being funded, in part, by a grant from Nevada Humanities. Co-sponsors include: the UNLV Oral History Research Center; the UNLV Arnold Shaw Center for Popular Music; the Musicians Union of Las Vegas, Local #369, ACM; the Las Vegas Jazz Society; the Las Vegas Academy High School World Jazz Department, UNLV-TV, and the Ferraro Media Group.  To date, six former Morelli orchestra musicians recruited by Frank Leone, President, of the Musicians Union have committed to participate: Arno Marsh, Ted Synder, Jimmy Mulidore, Bertine Corimby, Ken Hanlon and Frank Leone. The KUNV radio station of UNLV has joined on as a media sponsor and other business and media sponsors are currently being sought. 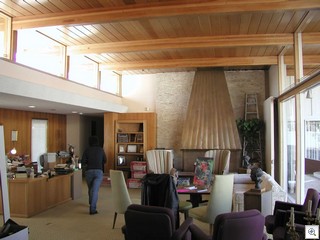 The entire program will be recorded, video taped by UNLV TV for the university’s Oral History Research Center’s archives as part of its “All that Jazz” educational series highlighting Las Vegas Musicians. Claytee White, director of the UNLV Oral History Research Center, and Dr. Ken Hanlon, director of the UNLV Arnold Shaw Popular Music center, will serve as the Humanities Scholars and advisors for the event.     A CD of selected actual recordings of Morelli’s orchestral performances archived and produced by the Arnold Shaw Popular Music Research Center along with Helen Morelli’s 1976 UNLV oral history interview will be given to the attendees at the event.  For further information, contact Dedee Nave, (702)458-7175, or [email protected] .