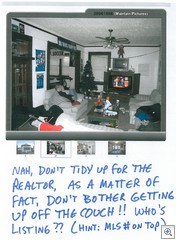 An agent in Omaha sent these in. These pictures and the commentary have gone viral among Omaha agents. She googled to see if anyone else is publishing bad pictures, and found VVV.

Thanks to Kit Pflaum of CBSHOME in Omaha. 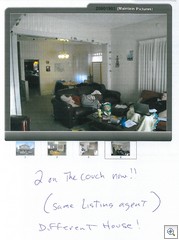 You’ll probably need to click the photos to really appreciate them.

Jack, That’s great!  Too funny!  Thanks for posting and the recognition.  Yes, after yesterday’s laughs we’ve been finding more.  Unbelievable.  In fact, I couldn’t stand it anymore and called the agent on that house with the people in it and told him he was kinda being laughed at.  He said, “Well Kit, those houses are by appointment only.  Those aren’t for buyers! Those are for Investors.”   I understand what he was trying to say but all we kept hearing was a mocking twist on the Trix cereal commercials….“Silly Agent, those houses aren’t for buyers!…….”  It was pretty funny.