I’m tired of the history stuff for the moment. Let’s talk about Mid Century Modern homes from the 50’s and 60’s. They about clean lines. Lack of ornamentation. The merging of indoor and outdoor living spaces. The opening up of the space between rooms.

Mid Century Modern wasn’t necessarily a particular style or design, but instead a whole new way of thinking about how we live in our homes. That’s why the sliding glass door was a revolutionary idea. So was the living room and kitchen combined. That new way of thinking is what caused the family space to get moved to the rear of the home to allow backyard to be an expansion of the living area.

The ranch house was the most common design from the street. This one is a foreclosure in McNeil. I took lots of pictures last night to use in this article as a “fun features found in foreclosures” but alas, it sold this morning. Sorry! That’s how fast the really good houses are selling. The only thing moving faster than the “good” ones, are the bombed out wrecks. 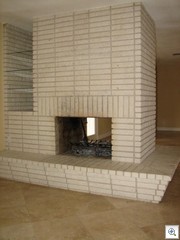 From the outside….it’s a ranch, but all the design concepts of mid century modern are intact on the inside. In fact the new kitchen (including granite, which I have no problem with, as it’s as natural of a material as there is) is a big improvement over the original. 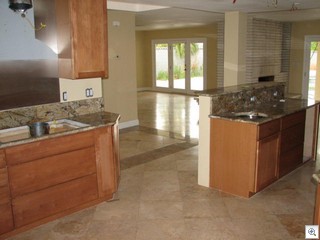 The “Desert Modern” or Palm Springs Modern was common, and most frequently found in the Southwest and South of the United States. They tended to have low slope or flat roofs (which wouldn’t work very well where it snows). The roof lines of the different parts of the house often overlapped. They were perfect for the desert, and usually had broad overhangs to protect from the sun. 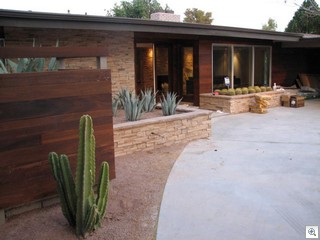 There’s an amazingly good restoration that I’ve been watching at 821 Kenny in the Rancho Alta Historic Neighborhood area. It looks like a desert modern home did in the 50’s and 60’s, and how they can look if the owners are educated about Mid Century Modern Design and Architecture. Take a drive by sometime. You’ll be as impressed as I am. 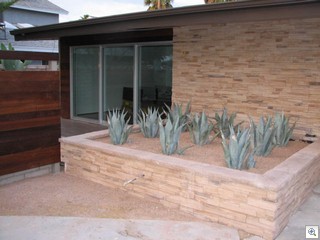 I can think of a hundred ways this home could have been butchered or screwed up. Thankfully, the new owners seem to “get it”.

I had the chance to peek inside, but didn’t get permission to take pictures of the inside. Trust me, they paid as close attention to detail on the inside as they did on the outside.

Anyone can do it right. The most important thing is to know what “right” is.