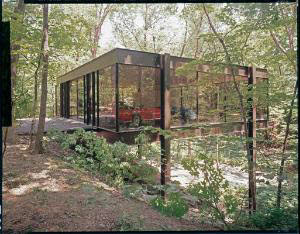 Other than â€œoverloadâ€ thereâ€™s no excuse I have for having stopped looking at â€œCool Huntingâ€ on a regular basis. SinceÂ two of you, (thank youÂ Buddah and VegasJudy) sent me links, I canâ€™t help but share with you the modernist steel and glass masterpiece that was featured in the â€œFerris Buellerâ€ movie. Cool Hunting posted about it hereÂ which is where we saw it first. 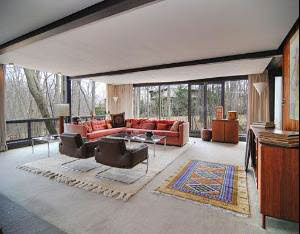 Itâ€™s now for sale for a cool 3.2 Million. Meladee Hughes at Sothebyâ€™s International has the listing. Thereâ€™s many more pictures onÂ her Realtor.com listing. 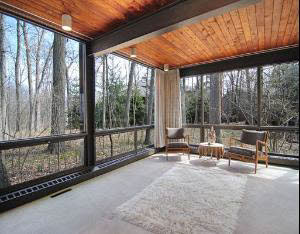 Cool Hunting aptly makes the comparison to the famous Philip Johnson â€œGlass Houseâ€ in Connecticut. Itâ€™s now owned by the National Trust For Historic Preservation. Iâ€™ve discussed it before, and this post that I did on it has a different video in it than the one the Cool Hunting has. Both are well worth watching if you want to learn more about the simplicity,Â openness and timelessness of the modernist movement. Iâ€™ve added both videos below.

In that same post that I wrote on May 13, 2008, IÂ explained why Modernism is intrinsically entwined with our neighborhood preservation efforts.

The vast majority of the pre-1970 homes in Las Vegas are Mid Century Modern. I canâ€™t help but to be fighting to preserve the historic and classic neighborhoods of Las Vegas without a total dedication to preserving modernist architecture, and the lifestyle it was designed to promote. .

Education about modernism is the most important part of my efforts. I meet a lot of people who are shopping for a home. Whether they buy a home or not, they canâ€™t help but to leave me with at least a new found, or a heightened appreciationÂ  for all the amazing elements of modernism that just canâ€™t be found out in the suburbs. Iâ€™m hoping that that appreciation is also realized among my many readers.

Some of our homes are absolutely terrific, and some of them have been absolutely butchered.Â  The biggest tragedy, and the one that I want to help to correct is the lack of knowledge among theÂ CURRENT owners of the mid century modern homes of Las Vegas. The new breed of mid century modern home buyer is aware of the architectural significance, the advantages of modernism, and appreciate its characteristics. But most of our effort has to be given to educating the current owners.

Once again, for your viewing pleasure, this is the video that I captured from the Glass House Website a year ago. Itâ€™s from a channel 13 New York City news report.

BelowÂ is the video that Cool Hunting posted to YouTube on the Philip Johnson Glass House.

Though the Ben Rose Home and The Philip Johnson Glass House are the iconic examples of modernism in the extreme, the elements can be reproduced or saved in any mid century modern home. Thereâ€™s NOTHING in Las Vegas that compares to these homes, but the concepts, the thinking and the elementsÂ can be adapted or preserved in any Mid Mod.