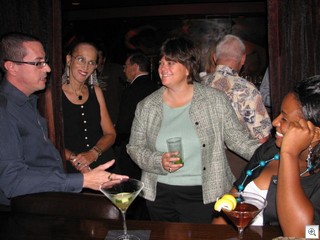 Thursday night, Betsy Fretwell, the new City Manager for Las Vegas held a casual meet and greet cocktail hour for Downtown Las Vegas Leaders. The business community, as well as the arts and the historic neighborhoods were all well represented at the Downtown Cocktail Room. It was nice to hear so many positive, upbeat, and energetic people throwing in their two cents.

The conversation was upbeat, and enthusiastic. Lot of great ideas got put out there. We’re real pleased that the City Manager is open to meeting with the Downtown Leaders, and willing to listen to us. 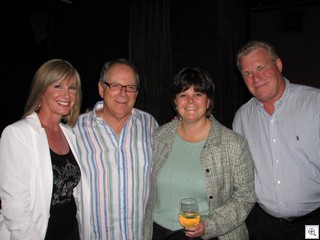 Attending with Betsy was Scott Adams, the head of the building department. Michael Cornwaite, the owner of the Downtown Cocktail Room, hosted along with his fiancee Jennifer Harrington of the Henri-Odette Gallery. I also ran into Mike Nolan, the general Manager of the El Cortez; Tom Bruny the marketing manager for Fremont Street Experience; Jonathon Jossel, who’s in charge of all the Las Vegas properties for Tamares Group, which owns the Union Plaza and Las Vegas Club; Art and Susan Ham; State Senator Mike Schneider, and his brother Steve Schneider, one of the founders of Americana Group (Steve taught the very first class I ever attended when I got my RE license). Neighborhood activists Gregg Brown, English Mack, and Mary Joy Alderman were there and so was Danielle Kelly from the Neon Museum. She’s also an art critic for Las Vegas Weekly; Brian Paco Alvarez, who is on the board of several non-profits including the Contemporary Arts Collective and the Hispanic Museum. 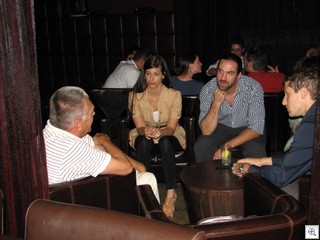