Our Secret Mystery Historian needs our help again. Here’s 3 photos that we need to identify. All of them are from either the late 50’s or early 60’s during the heyday of what we now call Mid Century Modern Architecture. I’m sure some of you will recognize enough clues in each picture to help us figure it out.

These photos are not for reproduction, or for use in any capacity except by express written consent from VeryVintageVegas.

If you click the thumbnails, they’ll expand to a much bigger size, and may take a few extra seconds to load due to the size of the originals. 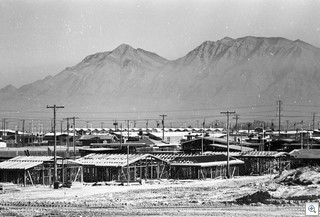 The first one is pretty easy, as it has a major element of Mid Century Modern architecture and design. It’s interesting to see the asymmetrical shapes of the homes, and some of the elements of the design starting to merge. I’m also fascinated by the depth of field that causes the mountains to loom so large.

Which direction are we facing? What are the 2 non-residential buildings that are in the picture? What streets might these be? 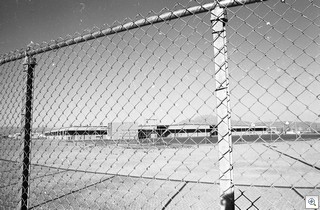 The second picture is one of our historic Mid Century Modern Schools in Las Vegas. It’s not finished enough to look like any school I recognize. I wish they’d taken the photo from above the chain link fence rather than thru it, but unless someone wants to photoshop the fence away, we’ll have to work with what we have. 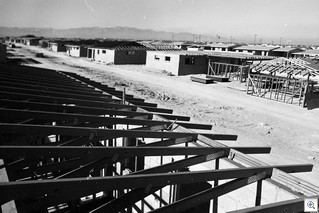 I’m totally baffled. The only thing I’ve decided for sure is that the open pathway between the homes is not the street, but is instead the area that will eventually be backyards. But I could be wrong.

These seem to be mostly ranch style homes, compared to the “desert modern” themes of the first picture.

Please use the comment button to give us your guesses, clues and observations.

If you’d like to see the other “mystery photos” that our secret historian has found over the years, they’re all here in this link. This post will show up first, but keep scrolling down.