A Real Life Story Of The Effects Of The Lending Problem

I wanted to revisit one of our listings, and tell the story of why it came back on the market. We were very excited in late June when this wonderful home at 1249 8th Place in the John S. Park Historic Neighborhood sold in only 10 days. 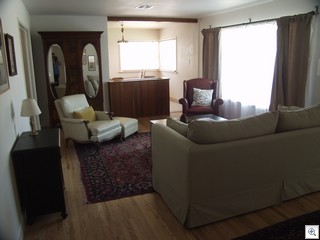 The seller was already scheduled to move to another city to start a new job on July 1. They were the epitome of the Group 2 Seller that I talked about in this post last month. A normal life change reason to sell their home, but unfortunately during a slow period with headlines of doom and gloom.

Everything looked great! That is until July 28, the very day we thought loan documents for the buyer were to arrive in escrow. July 28 was the day the mortgage industry melted down. The company that was making the loan closed its doors. We were left hanging until August 1st before we even could find someone who could tell us what happened.

The Buyer applied elsewhere for another loan. The seller was sympathetic and gave an extension. The new loan company said “no problem”. The next week, they said “problem”! Guidelines had changed, and they couldn’t do the loan. Then they applied to another company and the same thing happened again.

The buyer found a 5th mortgage company that said “no problem” except that they had to send the appraisal to a “review company”. The review appraiser, sitting on a bar stool in New Jersey looked it over and said “we have to cut the value by $40,000 because a bank sold a beat up, run down foreclosure for less. The mortgage company said “problem”. The original appraiser wrote an addendum supporting his original price and arguing that the foreclosure should not be used as a “comp” The mortgage company didn’t care.

Whether from normal ups and owns of credit scoring or because the buyers credit was pulled so many times by so many lenders, her FICO score dropped just enough to put her into a different lower category of borrower. Unfortunately, the buyer’s lender didn’t tell us that. The next mortgage company said no problem if she puts down 10% instead of 5%. Buyer agreed, earnest money was released to the seller for another extension. Then the mortgage company said “oops”, guidelines have changed. Now the buyer needs 20% down. The buyer agreed, and then they said 30% down because the guidelines changed again, and the buyer said “I can’t do that!”.

After all that, it was decided to put the home back on the market. 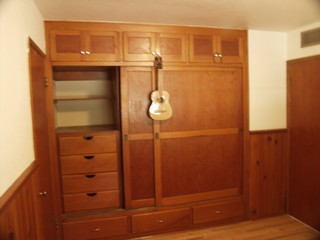 So,  someone else is going to get a great opportunity to buy a beautiful home with hardwood floors, original hand built closets, updated plumbing, and a wonderful large covered patio.

There’s a moral to this story, and some hard lessons that were learned about dealing with a changing market.

The Moral is: Credit scores are are now of UTMOST importance. Documented income, Documented Assets, and Savings are now key to getting the best rates and the best terms. The days of easy credit are gone. Perhaps forever, perhaps not.

Guidelines are starting to ease up a bit, now. Interest rates have improved a little bit. The government, The Fed, and the Mortgage Industry won’t allow the entire economy to crash, especially a year before a Presidential election.  Pent up buyer demand is starting to boil to the surface. The “best homes” are starting to sell again. So are the best bargains, though they’re usually bank owned fixer uppers. 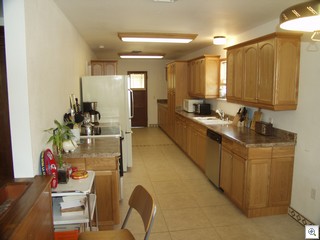 Opportunity abounds to get a home at either a bargain price, or to get the have the best choice in years of really great homes.

The lessons that were learned trying to stay ahead of the curve in a soft market are:

1) The best homes are still worth more than fixer uppers being sold by distressed sellers. Buyers can get one or the other now, but usually not both for the same property.

2) “pre-qualification” is worthless. Pre-Approval is better, and sellers should be wary of anything short of full loan approval. For that matter, buyers should be wary also of not being fully approved, as the disappointment of not being able to get a loan and therefore not getting the house they love can be acute. The stress on all parties can be enormous.

3) At the first sign of anything going wrong, give it only one chance to get fixed and then it’s best to pull the plug and move on. After that, it’s not likely to get fixed at all.

4) Do Overs do happen, and 2nd chances do come around. Opportunity abounds.