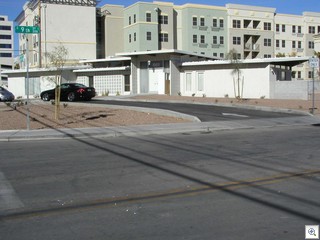 We’ve been reporting all week on our midnite bus tour of the historic mid century modern heritage of Las Vegas. The tour was sponsored by the Atomic Age Alliance and the City of Las Vegas Department Of Cultural Affairs. We especially want to thank Richard Hooker for organizing it and MaryMargaret and Cary Stratton for guiding it. We were honored and privileged to have Chris Nichols narrate, with special commentary from Alan Hess.

Our final stop on the tour was at the Morelli House. It was built on the Desert Inn Golf Course in 1959 by Antonio Morelli, the fabled orchestra director of The Sands. It was moved to the corner of 9th and Bridger and now serves as the offices of the Junior League of Las Vegas. 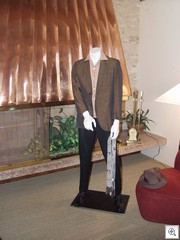 And yesterday, many of you dropped in on the Junior League’s fall open house.

Diane Bush and Steven Baskin showed their collection of vintage clothing from the late 50’s and early 60’s.

If I’ve ever been called anything, fashionable is not a word that’s ever been used. I really got off on a lot of what I saw so I’m meeting with Diane later today with a few trusted clothes hound friends to put together some vintage wardrobe for me. Should be fun and I’ll report on it later.

In the meanwhile, here’s some of the fashion you missed if you didn’t stop in yesterday at the Morelli House. 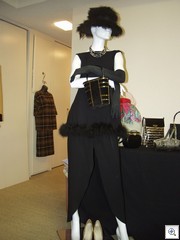 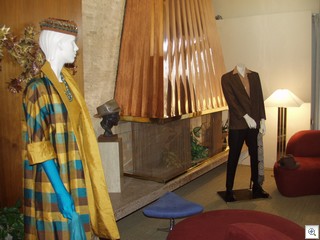 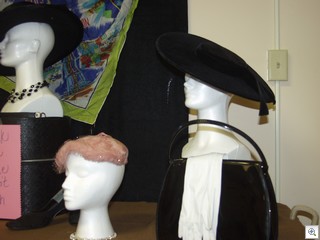 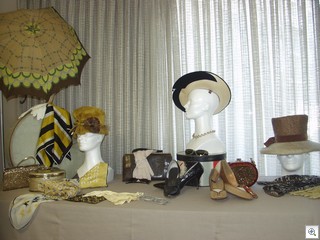 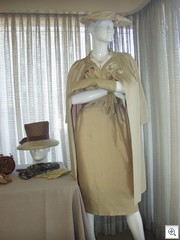 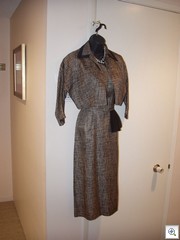