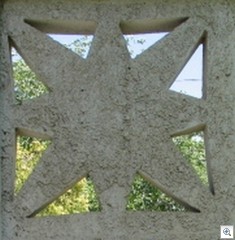 This pattern used to drive me crazy because it was so “bland”. The shape was good, but it never quite felt right to me. I always see it in a block wall as I turned the corner just behind the Boulevard Mall on my way into Paradise Palms.

I never saw it anywhere else, so I thought it was real rare. 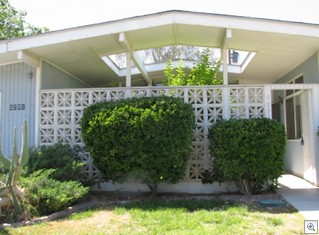 Then one day I went to show one of the Mid Century Modern homes over in Winterwood (way out east past Nellis, off of Sahara Ave.) It had a beautiful stone screen made of the 8 pointed stars that was set all the way out at the front edge of the home to create a courtyard.

There’s a lot of interesting things such as the beamed ceiling, pool in the private backyard, the roofline, the skylite and a lot of other mid mod elements. 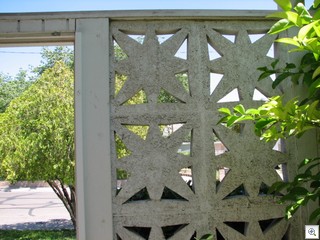 But it’s what I saw when I was leaving that made me slap my forehead.

That blandness is really just the backside of one of my favorite patterns.

Almost every pattern we’ve looked at so far looks the same from either side of the block. It’s obviously not possible with such a  deeply carved design. 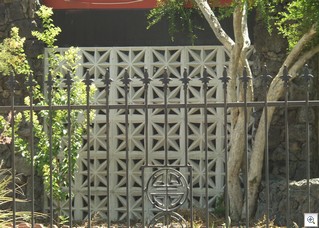 Here it is again, as it’s used in one of my favorite “Tiki” homes at Canosa and Beverly Way in the Beverly Green Neighborhood.

Yes, we’re getting close to the end of this series as this is  pattern 37. I’ll know the exact number when the folder is empty.