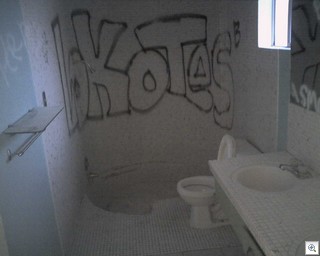 I ventured out to do some real estate yesterday for a few hours. Feeling much better, and ready to go back to work full time (that is – instead of the usual double time).

This house is such a screaming deal, that I had to run over and take a look. Except for having the inside covered in grafitti, it’s not nearly as bad as some I’ve seen. It’s priced at $40. per sf, which is a huge discount for a lot of extra painting. They’re saying cash only, but I wanted to make the point once again that these repos can be salvaged.

The master bath has a ROUND sunken tub. I think this is the first I’ve ever seen that was built in like this. Sunken isn’t all that rare, but they’re always rectangular, not round.  The 1 inch tile all around it needs re-grouting, caulk and polishing to clean it up, assuming the goof-off works as it should. 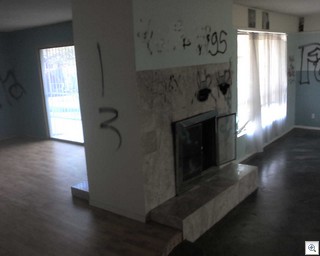 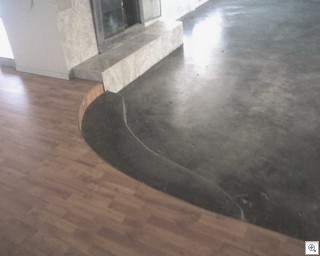