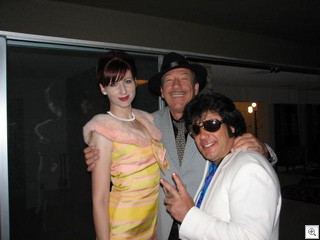 The Flamingo Club started as a small gathering of neighbors in the Beverly Green Neighborhood. It’s now jumped the boundaries and expanded to become the favorite monthly event for downtown residents from all the historic and urban neighborhoods.

Last night was hosted by Meg Stoddard. Besides being the monthly Flamingo Club Party, it was also Meg’s housewarming, and with Halloween only a week away…. lots of us went all out with the costumes. 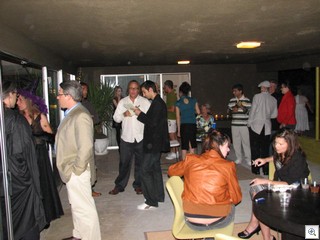 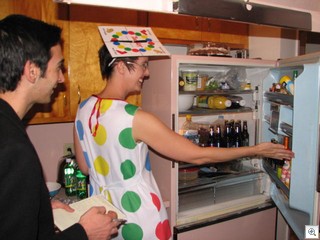 Heidi and Scott Swank originated the monthly event, and now that it’s expanding, we’d like to see lots of Flamingo Club events in lots of the different neighborhoods. 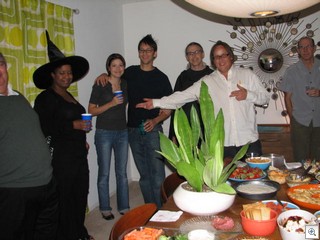 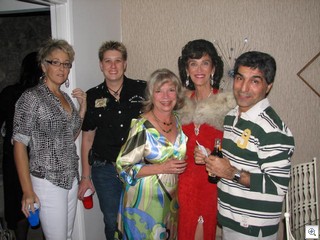 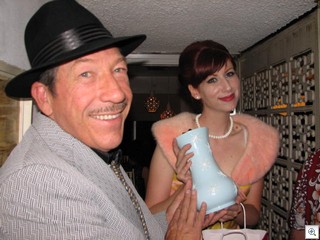 MaryJOY, the official VeryVintageVegas Fashionista certainly went to the nines and helped everyone have a great time. 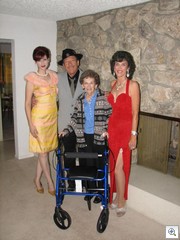 Meg finally got to meet Flora D’Alessio who not only sold the home to Meg this summer, but is also the lady who designed it, and meticulously maintained it for 45 years.

With the addition of Megs life long collection of mid century and danish modern furnishings, the home is truly a time capsule of fabulous mid century modernism. We’re trying to arrange a feature piece in a major magazine for later this year. Most of us in costume were just doing the “vintage retro” thing, but some some of the guest were in full Halloween mode. Inky and Smiley were dead on as the colonel and the chicken!

We had a few ghosts and a few witches, 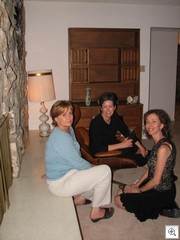 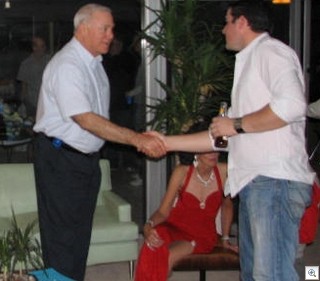 I accidently caught the moment, where Jake met Randy. While they were chatting, it was discovered that Randy (on the left) grew up in the home Jake just purchased on 6th Street. Jakes doing the home over from top to bottom, and Randy’s going to dig out some childhood pictures to help Jake get it right.