Holiday Best Wishes To All The Readers Of VeryVintageVegas 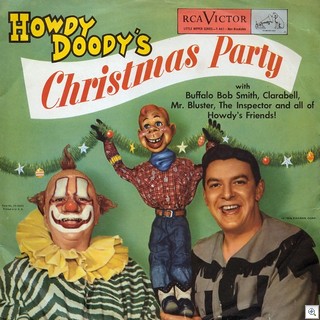 Howdy Doody’s Christmas Party One of my longest and dearest friends is Harry Arends. He has one of the biggest music collections anywhere. He sends a weekly email with long lost recordings that heâ€™s remastering off of cylinder recordings and 78â€™s. Usually the recordings are around 100 years old. This week, however, heÂ chose Howdy Doodyâ€™s Christmas Party, and I share it with youÂ along withÂ my holiday greeting and best wishes. Hereâ€™s Harryâ€™s message, which describes most of us boomers. The younger crowd at VeryVintageVegas might not even know what weâ€™re talking about, butâ€¦.

Tony Bennett is credited with saying “Life is a beautiful gift.”Â  Christmas brings up childhood memories for most of us.Â  I am a child of television who never grew up, old enough to remember 78s on store shelves and young enough to have missed radio.Â  The Mickey Mouse Club was my mother’s babysitter before dinner.Â  Howdy Doody was a never-miss, and sparked my interest in marionettes.Â  So in the spirt of “never forget the past…just don’t live in it,” here is a Christmas greeting from the marketing wizards of a children’s television show.Â  This is an edited version of a two-disc record set.Â  How interesting that on the label Howdy Doody is referred to as an “it.”