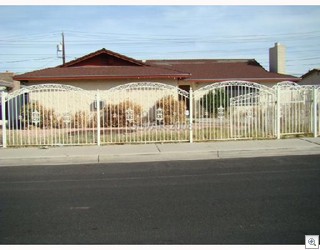 I get emails every morning telling me what’s newly listed, newly contracted or newly closed. I have an automatic search set up for almost every neighborhood that I pay attention to. The Marycrest – Crestview – Morning View neighborhoods are among them. You can do the same for yourself with our MLS Search, if you’re inclined.

I pinpointed which house it was and got there in about 5 minutes. One of my cash investor buyers put in a bid at list price about 2 hours later. Almost everyone I work with has their own search set up. The buyer that I wrote the offer for was the first one to call me from the alert. Even they were surprised that I already had been there. That’s how Meghan got the “Dean Martin’s Cousin’s House”, as well. (and here also)

We were told at 2m that there was already another offer coming in.

Ooops, multiple offer situation. Not uncommon lately.  On the 25th we got it in writing with what’s called a “highest and best” counter offer from the listing agent. 5pm on the 26th would be the deadline to counter back with our best offer. Then it’s just waiting to see who won the guessing game.

It’s a lot like poker. But not as immediate. Well anyway, before turning in our best bid, we got wind that we were bidding against an FHA buyer who would be living in the house. I knew the house would pass FHA if a few roof shingles and a window got replaced. On the 25th, I ran into another agent when I was at the property. He had an investor buyer with him. They were trying to scare us off and we were doing the same in reverse. Getting this house at anywhere even within 20,000 of the list price, would have allowed room to fix the place up and flip it. For the last year, almost all the investors are/were buying and renting them out for a year or 2. At 100 to 120,000 that would have happened to this property. At 65,000, there would have been room to flip. We also assumed that an owner occupied buyer would see the house as an already pretty livable property for a really low amount, so they’d be willing to pay more that an investor would. My buyer was actually rooting for the FHA buyer, however. Our bid? A paltry 70,000, instead of dropping out completely….just in case there was a going to be a miracle. 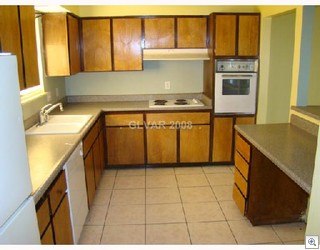 Anyway, the results were posted today. The FHA buyer got the house. Turns out out the other investor never put in a bid. Turns out that the bank could have gotten a whole lot more, and sold it just as quickly at a considerably higher list price. Turns out that the buyer got a not so “pretty” but perfectly livable home that only needed minor maintenance repairs. The major cosmetic overhaul might get done sooner or later….or not.

And the FHA buyer managed to land an 1800 sf home with a view of Sunrise Mountain, on a terrific street in Downtown Las Vegas for only $75,000.

The shame is that all the negotiations from typing it into the MLS to the declaring that the bank had accepted an offer was all of 3.5 days. If it had been listed at even $100,000., and shown over the next weekend, then a lot more buyers would have found it, especially a lot more FHA want to live in it buyers, WHO WORK DURING THE WEEK. I believe it would have sold at over a 100 if they would have listed it that way.

Moral? No one’s smarter than anyone else. There are no rules. It’s totally a guessing game. The banks are screwing themselves yet again. And they’re SCREWING ALL OF US AT THE SAME TIME. Why? Because CONSUMER SENTIMENT AND WILLINGNESS TO SPEND and our whole overall economy is heavily dependent on how we feel about our home prices!

Thousands of homeowners and scores of other banks got hurt hugely by this “NEW COMP” in the record. One homeowner made out like a bandit. I’m happy for them. Really.

And that’s why prices have crashed well beyond “correction of the excesses of a few years ago”. That’s why when they give away perfectly livable (even though a foreclosure REO) homes for the same price per square foot as the totally trashed homes, prices go down even further.

ATTENTION ALL BANKS. It’s not that far to ZERO. Give a couple of them away for a dollar and watch how fast we can start an upward skyrocketing price trend when the next bank sees see the comp you just created. We’d unload ALL THE FORECLOSURES AND REO property in a matter of weeks. Then we could have a stable market again.

Maybe that’s what they’re trying to do. Anyone who buys a house this year is going to be  be among this year’s winners. But on the other hand, it doesn’t make any sense to be waiting around for the $1 house.