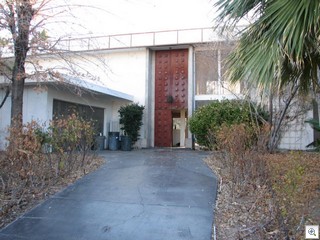 I don’t usually cover short sale properties, but I can’t help myself with this one. It’s one of the 4 two stories homes of this design in Paradise Palms. One of them was on our home tour last October. This one however is the dream come true for one of the HGTV fix-em-up shows. 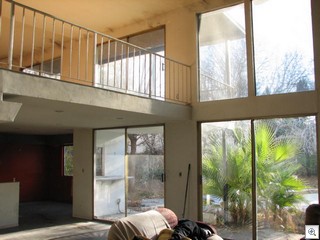 The back of the house is a classic Mid Century Modern 2 story “wall of glass” living room with a massive loft. 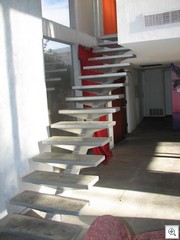 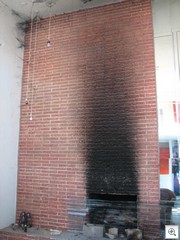 The kitchen’s missing, the landscape has been thru fire and drought and looks it. There’s neglect and disrepair in every bit of the home. I can’t even begin to imagine any bank financing it for a new buyer, so it will probably have to be an all cash buyer, but I thought it would be fun to give you a peek.

The 2 story brick fireplace wall looks like this. I think a good sand blasting will be in order. 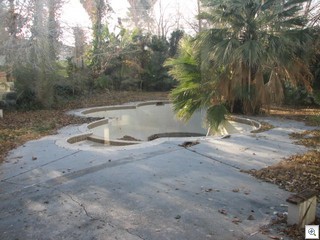 The property sits on 4/10th of an acre at the end of a cul-de-sac. The pools been empty for years.

It’s not for the faint of heart, but I know there’s a someone out there looking for a project that was once a fabulous home when I first saw it 20 years ago when it was owned by my friends Ed & Marlon.

Though the official ownership history from the county doesn’t support this rumor, the buzz has always been that it used to be Johnny Carson’s home in Las Vegas. I’ve been trying to get corroboration on that for years.

Coincidently, the house next door to the one above is the other totally trashed home. It’s only 129,000 for 2187 sf. In this case, it’s already owned by the bank.

It’s a Mid Century Modern RANCH style home, where the one above would be called a “Desert Modern” or “Palm Springs Modern”. 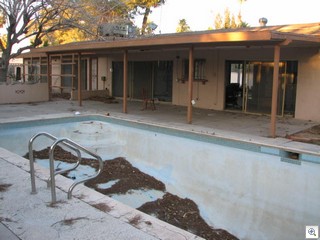 The back of the house is entirely glass. There’s slider’s off of the 2 rear bedrooms, as well as about 40 feet of window wall in the living room and dining room. 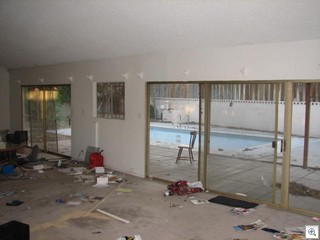 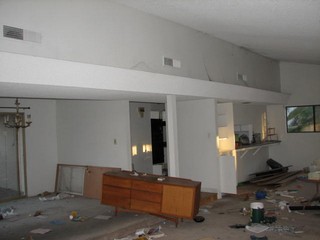 Technically, these can’t count as “worst MLS Photo’s” because they aren’t in the MLS. But when I say trashed, I mean it.

There’s also about 40 feet of floating soffit, hanging there in the  vaulted ceiling living room. It could be a very cool house again if someone with a lot of cash and creativity get their hands on it.

Anyway, If you’ve got a lot of cash, these two homes are my top choices at the moment for Mid Century Modern Restoration projects.