TWO coincidental things happened yesterday. A reader emailed me a picture of a house in Scotch 80’s and asked me if I knew anything about it. I’d done a post on it way back on the original VVV Blog. I’d sold the house to the owners in 2003.

Here’s the original article where I mentioned the fact that the buyers were the very first people to ever use the words “MID CENTURY MODERN” in my presence. They told me they wanted a Mid Mod, and I had to ask THEM what that meant! 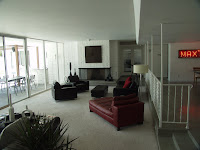 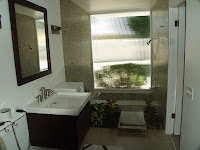 Talk about “getting it”. Actually, when I sold these buyers the property in Scotch 80’s 4 years ago, they were the first one’s to tell me about the “Eichler Homes” of Southern and Northern California, and even though I owned and lived in one, they were the first people to use the term “mid century modern” on me. Now it’s like every 5th thing out of my mouth.

The pictures can speak for themselves. 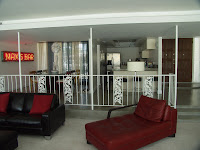 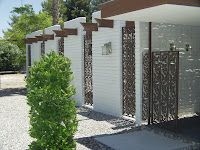 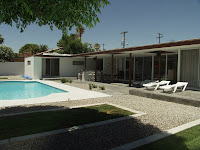 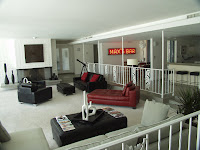 ALSO yesterday, I got a call from a lady named Cara Greenberg, who is writing a piece about Las Vegas Architecture for a magazine in Miami. 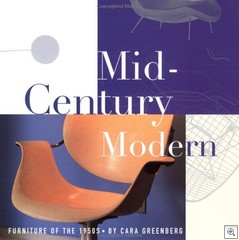 Naturally, modernism was one of the topics. During the conversation she mentioned that she’s the one who actually coined the phrase Mid Century Modern as the title to three books she wrote on the subject of mid mod furniture. The phrase slowly gained acceptance, and eventually gained massive momentum, as you can tell if you’re a regular reader of VeryVintageVegas.

Cara blogs regulary about all kinds of topics near and dear to us. Her blog is called CasaCara – Old houses For Fun And Profit. Check it out.