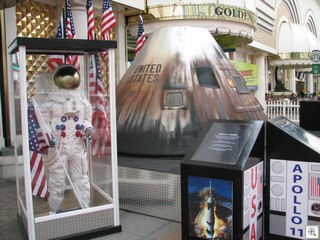 I spent much of the last fews day remembering and contemplating space travel in general, the moon walk in particular, the year 1969 as a whole, journalistic ethics and who I was and what I was thinking when I was 15 years old. 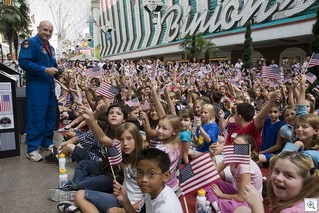 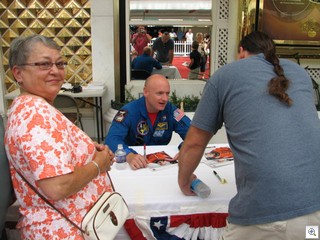 I was at a summer camp in Ohio that summer. We were all about the space program. I too, was going to be an astronaut someday, as was every boy there. The optometrist spoiled that for me. Actually, my visual genetics did it, but I had to blame someone. I lost 30 pounds that summer and grew 3 inches as well. No one recognized me that fall when school started. I also heard the word “gay” for the first time, smoked a joint for the first time, dressed like a hippie, and started letting my hair grow for the first of many times. There might even have been some sex, but I’m not telling. I WANT TO BE 15 AGAIN!

Because I was thinking about the kids I went to camp and school with, I also mentally re-visited all the really cool mid century modern homes and neighborhoods that surrounded us in Columbus, Ohio. I remember being fascinated by the 50’s and 60’s architecture even then.

I’m sure many of you had a similar experience this week. I hope you enjoyed remembering it as much as I did.

In light of (or because of) all that, I’d like to invite you to a book signing on Friday Night at the Hippie Nation Gallery at Fremont Street Experience. Rob Kirkpatrick will be signing and discussing his book “1969: The year everything changed”.

LAS VEGAS – July 17, 2009 – Fremont Street Experience will host renowned author of 1969: The Year Everything Changed, Rob Kirkpatrick, for a meet and greet and book signing on Friday, July 24. 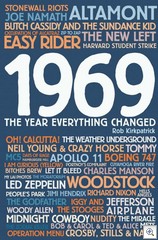 In 2009, Rob Kirkpatrick published the book, 1969: The Year Everything Changed. Divided into four parts that correspond with the four seasons of the year, the book chronicles the history of 1969 in American society and culture. Kirkpatrick delves into such important events as the Richard Nixon’s inauguration, the birth of punk music and the first Led Zeppelin tour, Easy Rider, the riots at People’s Park, Stonewall and the Days of Rage, the Apollo 11 moon landing, the Woodstock Festival, to name a few.

The book signing will be held at John Van Hamersveld’s Hippie Nation Gallery & Records on Friday, July 24 from 6:30 p.m. to 7:30 p.m. Copies of Kirkpatrick’s 1969: The Year Everything Changed, can be purchased at the event for $24.95.  All are welcome to attend this special meet and greet opportunity with the author and purchase a copy of his book to be autographed.