This shoud have been a preservation fight, but it never happened. At least they’re leaving the pine trees. 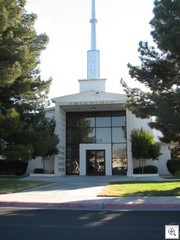 There was no one group or individual available to take this on a preservation fight. The Morman Church had declared the building unsafe to use. The cost to correct it was upwards of 3 million dollars, and they weren’t will to spend the money.

The City wasn’t going to take them on, and except for Mary Joy, there didn’t seem to even be any groundswell of opposition from the members of the congregation. Now, there’s no Morman Church in downtown. They’ve been reassigned to other wards. 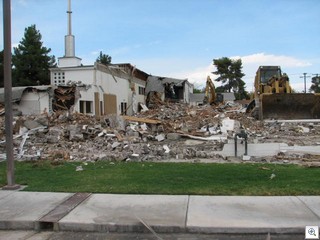 There’s a saying that recessions are good for historic preservation, because the developers aren’t active. But they’re also bad, because there’s no money or time to fight every fight. This case was a little different. There weren’t any zoning changes, exceptions to the buiding codes or anything else that usually gives the preservationists the time to rally the troops, get the press involved and all the other things that we can do to stop the demolition of historic buildings. 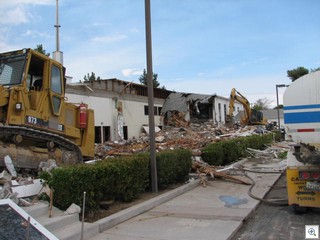 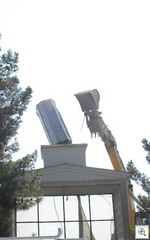 Friday morning the steeple came down. Famed local artist and downtown neighbor Steven Spann caught it with the blackberry. 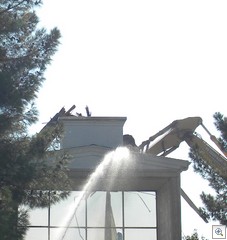