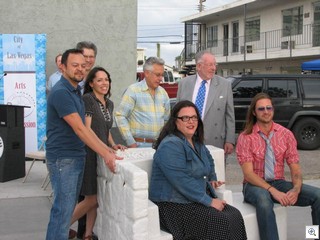 I attended the unveiling of some some of the street art that’s been incorporated into the design elements of the new Casino Center Streetscape in the Downtown Las Vegas Arts District.

The 4 artists, Aaron Sheppard, Erin Stellmon, Danielle Kelly, Adam Morey all mentioned in their comments the timeless Mid Century Modern Heritage of Las Vegas, and it’s influence on their designs for the Streetscape. 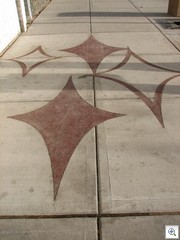 Atomic Passage is the first public art project in the history of the city of Las Vegas where artists’ concepts have been integrated into the engineering infrastructure of a Public Works Streetscape enhancement. Please join us for the dedication of this unique and original work of art that embraces and references the city of Las Vegas signage and nuclear history. 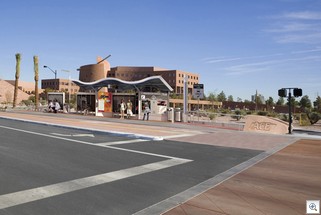 Another major improvement to the downtown will be the ACE Transit System. Maps and details are here, but this month you can see the artists concepts in the Stop and Glo exhibit at the Contemporary Arts Center which is located in the Arts Factory at Main and Charleston. All the shelters and the wind screens will me Mid Century Modern in their basic design. 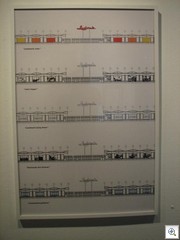 Each stop consists of two shelters, one on each side of the street, so that together they serve buses traveling in both directions. Eight artists created work: Catherine Borg, Evan Dent, Stephen Hendee, Danielle Kelly, Sean Russell, Eric Pawloski, Brian Porray, and Todd Von Bastiaans. Their imagery evokes ideas about Las Vegas history and iconography and is being implemented into the wind screens of each transit shelter and will be lit.