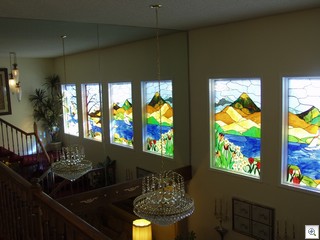 This is a VVV exclusive, as the story hasn’t been told anywhere else. I heard from a friend that Liberace had designed, but never lived in one of the Tudor Townhomes in Forest Hills. I dug a little deeper, and got introduced to the owners, who graciously allowed the first look at the newly restored home.

According to my sources, though unverified, Liberace was on the original board of the association, helped with the design and architecture of the complex, and then rebuilt the model home to his own specs. There’s a all kinds of discrepancies and inaccuracies between the assessors records and the Review Journal Story that I’ve posted below.

Liberace sold the property to Millie Kaufman in 1982, but I see no sign of Millie having sold it back to Liberace, yet his estate was the seller of the property in 1987. This sale is where our story actually begins.

At the Auction, the treasures of the property were sold off separately. The 4 stained glass windows and a gold cherub statue were bought by a lady from California. She had them crated up, and a little piece of Las Vegas History disappeared from sight.

This summer, the 4 stained glass panels were re-installed right where Liberace put them in the first place. Besides a few close friends of the owners, I was the first person to see them, and was allowed to share this story with my VVV readers. 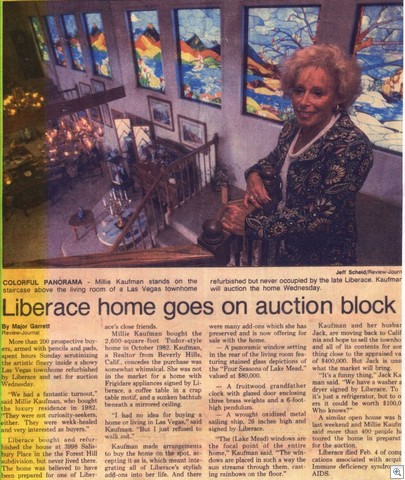 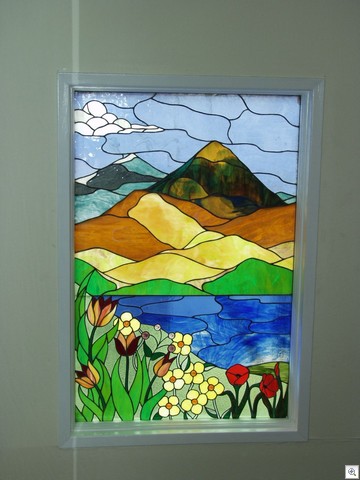 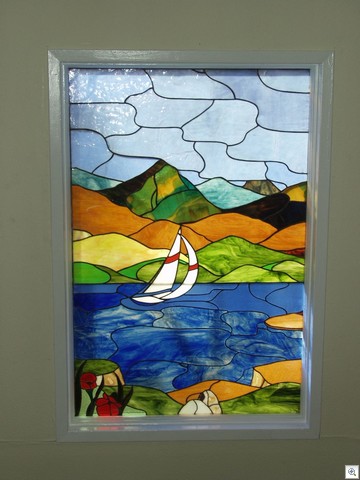 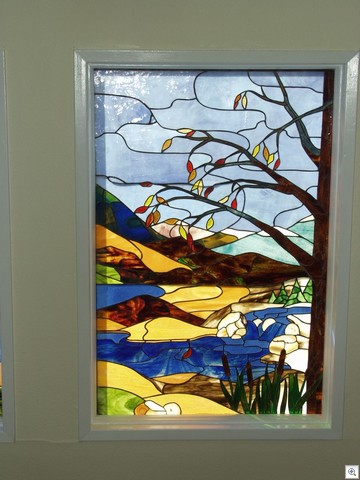 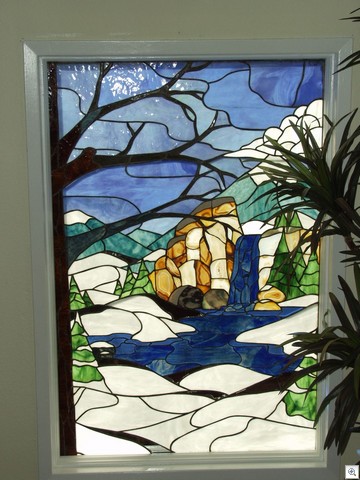