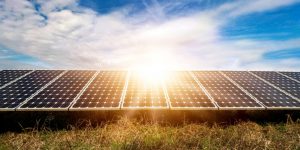 Interest in solar energy is growing as more and more homeowners, as well as businesses, are taking long, serious looks at this alternative source of power. As with any new technology, however, there are potential problems. For example, the sun’s rays must reach the solar collectors in order to produce energy from either active or passive systems. If the sun were always directly overhead there would be no problem. It is not, of course, and this brings up the question of solar access — the availability of sunlight to reach a building’s solar collectors. Resolution of this problem often involves access across adjacent properties, which, in turn, involves a neighbor’s air space.

Since the amount of unobstructed sunlight reaching the solar collectors is critical to the efficient operation of a solar system, the flow of sunlight to the system must be assured. In most systems it takes about six hours of direct sunlight per day for maximum equipment efficiency. This varies, naturally, according to the season, geographic location and the type of solar system installed.

Passive systems are especially dependent on direct sunlight. The sun’s rays cannot be reflected or diffused. For the building owner, access questions involve both the height and setback of adjacent buildings. That’s where negotiated agreements for solar easements come into sharp focus. If a neighbor’s trees grow high enough to cut off the sun early in the morning or late afternoon, your solar system may not perform up to design specifications. The same thing goes for structural heights.

That’s why the question of guaranteeing access to sunlight is becoming an important part of property ownership. In fact, it has been called the single most difficult legal issue connected with solar energy use. The most practical solution to the problem is the negotiation of easements between property owners.

Under such an agreement, one property owner would receive assurances from the other that the sunlight which travels over the neighbor’s property would always be available. The neighbor, and all subsequent owners, would be restricted in building or planting trees which could obstruct the sunlight.

After agreement, if such solar easements are not properly recorded, problems could arise if the property is subsequently sold and the new owners are either unaware of the easement or not in agreement with its conditions.

Solar easements may have to be negotiated with several different neighbors to assure adequate access to the sun throughout the year. Such easements could negatively affect the future property values of those neighbors.

A solar easement establishes certain land use conditions agreed to by the property owners involved. Such an agreement includes (1) a description of the dimensions of the easement, including vertical and horizontal angles measured in the degrees or the hours of the day, on specified dates, during which direct sunlight to a specified surface or structural design feature may not be obstructed; (2) restrictions placed upon vegetation, structures and other objects which would impair or obstruct the passage of sunlight through the easement, and; (3) the terms and conditions, if any, under which the easement may be revised or terminated.

It is important, of course, that all solar easements be officially recorded, just as other uses and conditions are included in public records. Otherwise, such an easement might not be noted during the title search at the time of a real estate sale. Such an omission could create serious problems at a later date when the new owners decide to make structural or landscape changes that would affect the path of sunlight across their property.