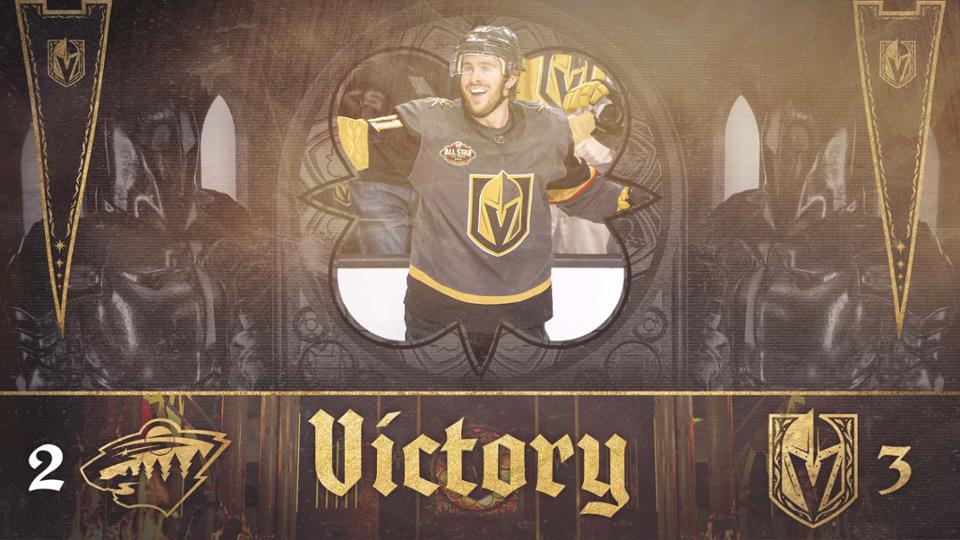 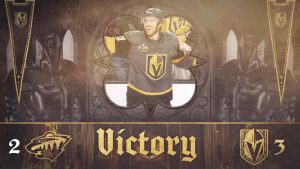 The Vegas Golden Knights took on the Minnesota Wild, one of their biggest rivalries each year, and came away on top.

Cotter and Rondbjerg scored 10 minutes apart to give Vegas a 2-0 lead at the first 20 minutes. Jonathan Marchessault scored with seven seconds left in the 2nd period to give the home team a 3-0 edge heading into the third period. Jared Spurgeon and Ryan Hartman scored in the third period to cut the Vegas lead to 3-2, but the Golden Knights held on for the win and two points.

Paul Cotter and Jonas Rondbjerg each scored their first NHL goal as the Vegas Golden Knights (8-6-0) defeated the Minnesota Wild (9-4-0), 3-2, on Thursday night at T-Mobile Arena.

STAT OF THE KNIGHT
Cotter and Rondbjerg became the second pair of Golden Knights to record their first NHL goals in the same game. Alex Tuch and Vadim Shipachyov achieved the feat in Oct. 2017.

The homestand continues for the Golden Knights as they host the Vancouver Canucks on Saturday at 7 p.m. at T-Mobile Arena.