The Pillars Post And Columns From The Vintage Las Vegas Homes 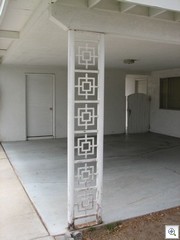 Another piece of great ironwork design! And there’s a matching gate as well.

One by one, we’ll be giving an introduction to them as well in this series. 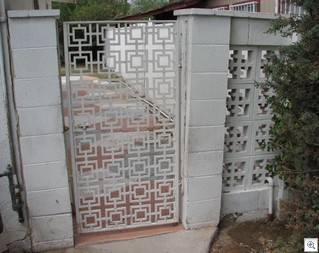 Many of the homes in Southridge were built over crawlspaces and have original hardwood floors. The original floorplans were from 800 to 1200 sf. they were built with 1 bathroom, but most of them have been expanded over the years. Southridge has 151 homes that were built on St. Louis, Howard, Canosa, Bonita and Hassett, as well as on 10th and 11th Street.