Next week is Palm Springs Modern week. Iâ€™m still working out the details, but Iâ€™m planning on attending the premiere of the new Documentary on William Krisel. It was filmed by JG Gorst, and Design OnScreen. The documentary series theyâ€™re doing is about noted regional architects of theÂ Modern Era. This is one of them Â Itâ€™s being shown for the first time on Sunday Night the 14th as part of Palm Springs Modern Week. 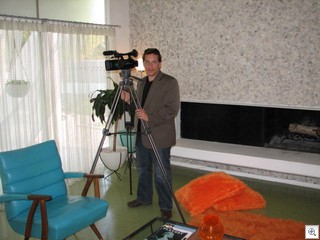 If you recall, last March,Â we contributed to the film with a major segment on the Palmer and Krisel houses of Paradise Palms in Las Vegas. Iâ€™m told that I didnâ€™t make it to the cutting room floor, and that the interview with me is several minutes of the film.

Hereâ€™s the trailer for the film.Â Â Â 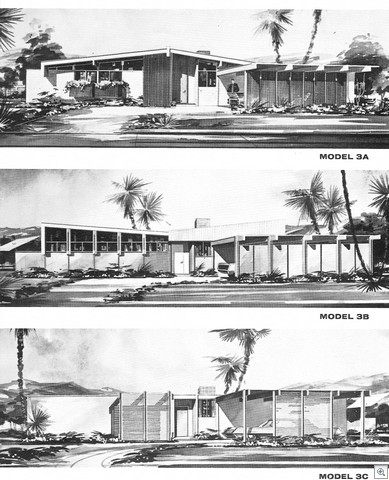 Model 3 in our series has me confused at the moment. I recognize the floorplan, but not the front elevations.

Iâ€™m going to do a drive around and see if I can remember which houses Iâ€™ve been in that have that floorplan, and compare the fronts.

I donâ€™t ever recall seeing a 3B that would have the butterfly roof with 5 sets of clearstory windows to the left. Or maybe my memory isnâ€™t what it used to be.

3C is even more perplexing.

Anyone else able to help on this mystery? 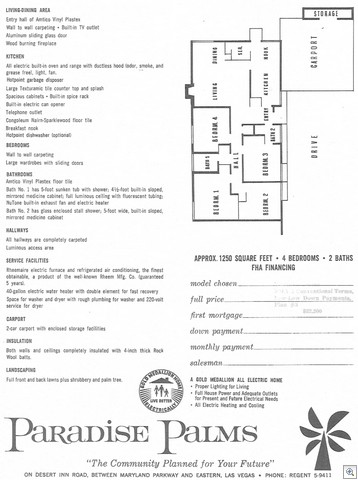