The John S. Park Historic Neighborhood in Downtown Las Vegas has been named one of the TOP 10 Great neighborhoods for 2010.

APA’s flagship program celebrates places of exemplary character, quality, and planning. Places are selected annually and represent the gold standard in terms of having a true sense of place, cultural and historical interest, community involvement, and a vision for tomorrow.

APA Great Places offer better choices for where and how people work and live. They are enjoyable, safe, and desirable. They are places where people want to be — not only to visit, but to live and work every day. America’s truly great streets, neighborhoods and public spaces are defined by many criteria, including architectural features, accessibility, functionality, and community involvement.

The John S. Park Neighborhood is one of the Vintage Vegas Neighborhoods that will be part of the Narrated Bus Tour on October 24. The Bus tour is part of the MID MOD MADNESS WEEKEND OF EVENTS October 22 – 24.

I’m told the City of Las Vegas will be planning an event for the neighborhood to commemorate this prestigious honor.

From the APA website, here’s the Guidelines and Characteristics of Great American Neighborhoods 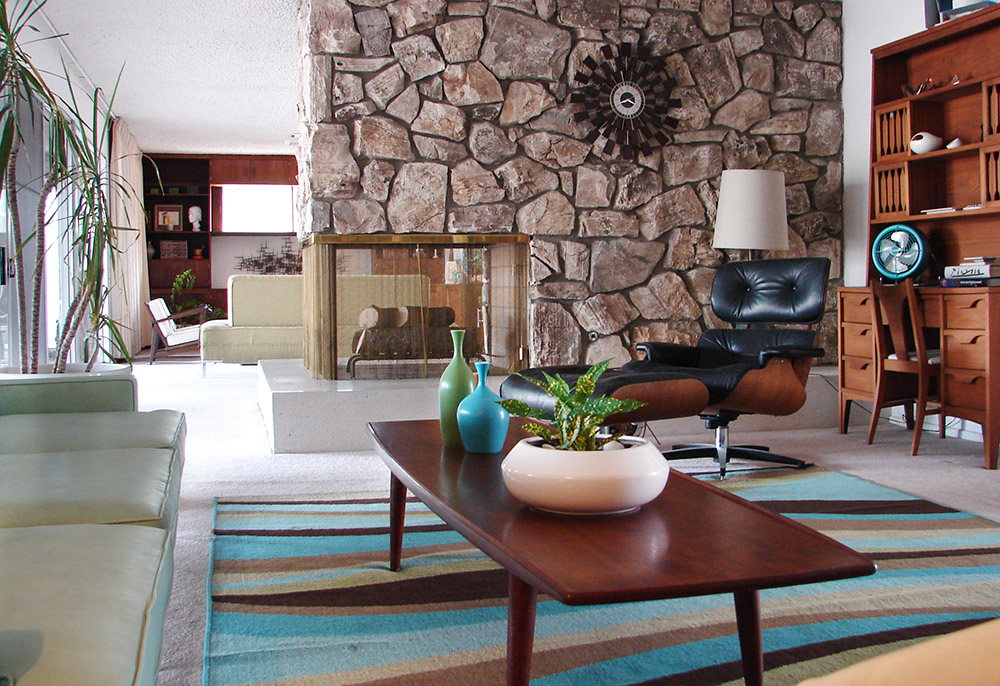 The stacked stone peninsula fireplace separates the living room from the family room. The hearth is original terrazzo from 1963.