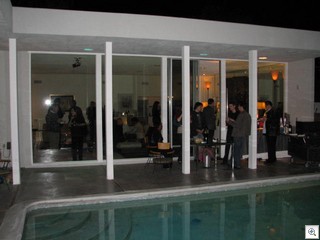 We’ve been after Steve Evans to show off the “Flora Dungan” home for years. We FINALLY got our wish!

(We learned last night that Tinocco’s has moved out of the arts factory, and are now open in the Vegas Club on Fremont Street.)

Flora Dungan was a state assemblywoman, and a University Regent. Flora Dungan Humanities Building at UNLV is named after her. It’s one of the wonderful Mid Mod buildings on the campus, (and designed by Zick and Sharp, the architects about whom we never finished our series).

ALL OF THE PICTURES from the party are in an album on my facebook page, but here on VVV I’m only going to share the ones that show off our “outfits” and some of the totally swanky mid century modern fabulousness of the Flora Dungan Home. 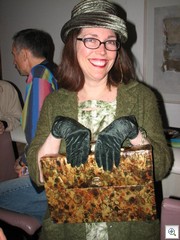 Of course, my plaid 60’s jacket and yellow shirt with martini glass buttons was a big hit as well. 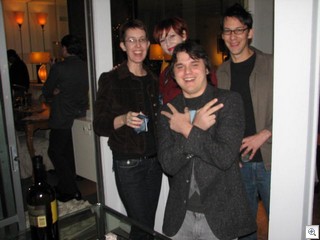 Heidi’s on the left. She and husband Scott started the Flamingo Club as a way to meet neighborhs in the Beverly Green Neighborhood. Bill’s on the right. He and his wife Lauren are both teachers, and live in Beverly Green. Meg’s in the back. She’s in the “Dean Martin’s Cousin’s House on 6th Street, where we held the October FC. The man in the front is a suburban guest, but I didn’t catch his name. 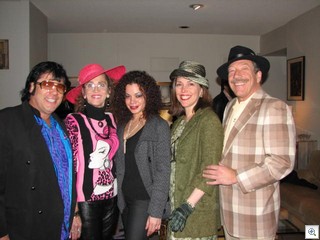 Everyone had a great time. There was close to 100 guests, including County Commissioner Chris Giunchigliani and her husband Gary Gray, who live in Marycrest.

In this photo left to right is my brother Joe who just closed on his first home in Huntridge, MaryJOY, who lives in the Mayme Stocker home, Rachel, who lives in the Marshall/Russo home, MaryMargaret, who along with husband Cary, (he’s the leader of the Thirston Howlies) who restored the caddyshack in Paradise Palms, and of course, yours truly….Uncle Jack.

Now, some more on the Flora Dungan Home 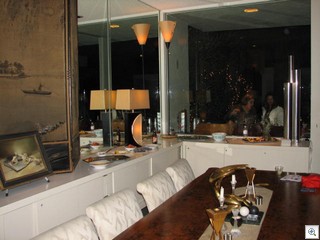 The house is the epitome of the great home concept, with the merging of the indoor and outdoor living space with 10 foot high walls of glass.

The dining area is surrounded by a U shaped buffet of white formica. 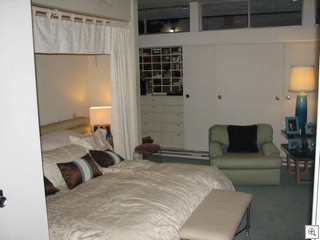 Of course, no mid mod is complete without a fabulous original bathroom. Here’s the step down tub/shower in 2 inch tile.

Even though the cook top’s been modernized Steve kept the original GE control panel that’s built into the wall above the stove. 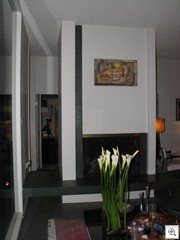 And last but not least, the floor to ceiling fireplace with cantilevered floating hearth is just simply killer! 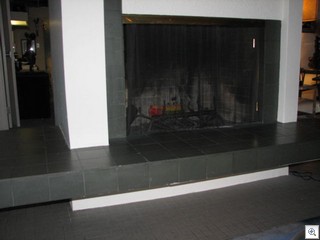